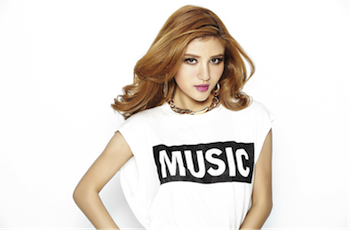 Maggie started out as a model and switched to DJing in 2012 due to her passionate enthusiasm for underground electronic music. Her smooth mix between Deep House/Nu Disco/Techno/Electronica/Breaks is one of her genuine talents, which challenges the traditional mixing and creating a multi-formed new-school dance music style.

In 2013, the constant commercial performance invites from top class mobile companies and fashion brands and recognition from underground clubs and music festivals have brought her sound to Beijing, Shanghai, Dalian, Guangzhou, Chengdu and many other cities. The techno father Secret Cinema claimed that DJ Maggie-Holly is the most potentially talented new-school DJ.