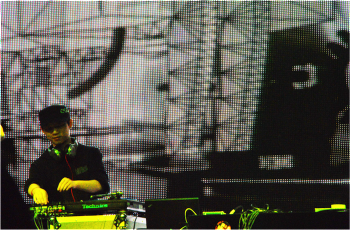 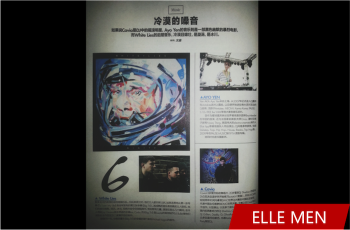 Winner of the 2008 China DMC Championship, DJ Cavia is a freestyling free spirit, driven by a passion for music and a constant drive to experiment with new sounds. His taste is eclectic and his massive record collection boasts a little bit of every are and style. He brings together old and new in a way that is hot, exciting and fun to get down to on every occasion. Born and raised in the middle of nowhere, DJ Cavia found music in his teenage years as a way to connect with the vast world outside his tiny sphere. There was nothing he wouldn’t listen to, play or imagine mixing with something else. At 20 years old, DJ Shadow’s legendary “In Tune On Time” changed his life. Right then and there, Cavia dropped out of school, bought two turntables, and hasn’t looked back. Within just two years he won the China DMC DJ championship and went to the DMC World Championship in London. Since then he has retired from the DJ battle scene to focus more on producing. But DJ Cavia still lives for a challenge.

As a DJ, he’s highly praised for his various different styles, scratch skills and extraordinary taste from both underground and mainstream crowds. His set usually combines Hip Hop, Rock, House, Electro and Dubstep. With a wide knowledge of music and unique skills, he has the ability to cross boundaries of all kinds of music. Until now Cavia has been featured in numerous music festivals like MIDI, Strawberry, JZ festival in China every year and he is also doing various projects with different kinds of musicians.

DJ Cavia has shared the stage and headlined with artists including Skrillex, Diplo, DJ Snake, Jazzy Jeff, DJ Shadow, Grandmaster Flash, Talib Kweli, Ghostface Killah, Tyga, Vince Staples and Twenty One Pilots etc. He has performed as the official after-party DJ for celebrities such as Michael Jordan, Kobe Bryant and FC Bayern Munich and curated the fashion show music for Alex To and Jay Chou.Crossing over into the world of art, Cavia has created works of music for Beijing Commune, chi K11 Museum, Bonhams, Art Basel Hong Kong and Power Station of Art.

“The standout DJ for me was most certainly DJ Cavia, a young Chinese DJ who has not only exceptional music taste but a talent for spinning great tunes.”

If Cavia’s playing you’re in for a top night – guaranteed! If you’ve seen him already, you’ll know; if for some reason you’ve missed out the just listen!”