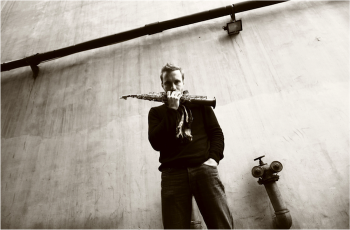 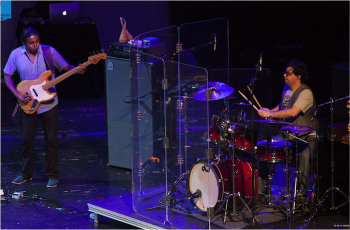 Engaged musician, Quentin had been the co-organizer of the Together Day Shanghai, a charity concert to raise money for the victims of the 2008 Sichuan Earthquake in China. The same year, Quentin had the great privilege to share the House of Blues and Jazz stage with the Erik Truffaz Quartet. From music festivals to jazz club stages or Chinese TV shows (CCTV9, Dragon TV, Wenzhou TV…) Quentin shares his passion of music with a Chinese and foreign public by telling musical stories, running the gamut of his artistic skills from joyous to poignant, exhilarating to contemplative.

While the Shanghainese jazz scene is expanding rapidly in the 2000’s, QUENTI, SUSI,  PEREIRA and CHATON decide to settle down in the Chinese megalopolis.

Sharing their love for fast rhythms, sunny melodies, and elaborate improvisations, the four musicians, eager of musical discoveries, share rapidly the JZ Club and House of Blues and Jazz stages.

Quentin’s musicality meets PEREIRA’s on the Westin Bund Center stage, where they will play for several months with the French singer Jessica Maurer. Soon the trio invites SUSI to join them to create the Universal Quartet and perform with the band on the jazz stages of Shanghai, Hangzhou Music Festival, Shanghai Oriental Center, MGM Grand Macau, while CHATON performs on his side with Mauritius bands as Noukila, Johnny Joseph Band.

Quickly, QUENTIN, PEREIRA and SUSI play regularly at the CJW Shanghai with the Brazilian piano player Luiz Fernando Vital. When Vital chooses to go back to his country, the trio asks naturally CHATON to join the band, the QUENTIN QUARTET is born.

Today, the originality and musical skills of the QUENTIN QUARTET cannot be questioned anymore for the cosmopolitan public of Shanghai.

Based on the QUENTIN QUARTE, QUENTIN Extra is a multi artistic live performance conceived and led by musician and painter Quentin. Motivated by his own exploration traversing the many different ambits of expressions for arts, Quentin designed The Quentin Extra as a support to create art with the many different tools and languages he has find until now, a time to play with the best creative artists he has been meeting on his own trips, and a dynamic space to explore and have fun with music and art lovers.

The music of The Quentin Extra is rooted in jazz, and from it evolves passing through different styles, using electronic devices to explore new possible sounds for the instruments. Part of the music of each session is improvised during the exploration of sounds that aim to communicate with the colors and textures projected on videos, lights, like an interactive dancing of graphic arts and music.

The Quentin Extra is a circuit of arts, a live music installation and a trekking trip through colors, shapes, sounds, and textures. Artists performing live, constructing on each session a multidimensional world to discover and explore with the audience.

Each show is a travel adventure created with music, lights, paintings, and projections. Like in a caravan the artists will guide the public in an expedition to sonorous and colorful landscapes.