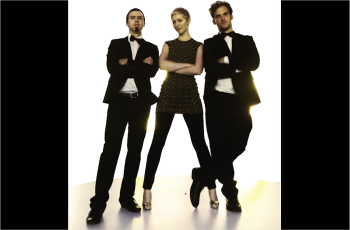 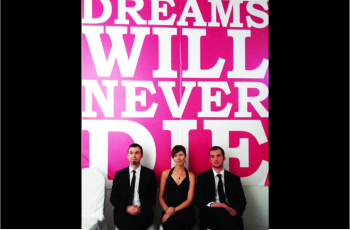 Higher Faster is a band of vibrant, passionate musicians from around the world who have brought their vast experience and influences together here in Shanghai, China. The members of HF have played together in various forms for over 5 years, and their focus as individuals as well as a group has been on originality, creativity and fully expressing their love for music.

Heidi (voice), Ryan (guitar), Nick (keyboard), & Yam (drums) are young, fierce, and overflowing with positive energy. They’re honored to share their music on the stage and hope the audience feels as excited as they are. Their passion for music comes from the core – it’s what they love the most! Can you feel it?

Heidi is an American-German singer who loves to perform various styles of music, including traditional jazz standards, and blues & pop tunes from the past & present alike. Heidi desires to inspire the audience with her transparent and sultry voice through song. She aims to maintain a clear and balanced state of mind, body & soul in order to be the best she can be – and then share this energy with the audience through performance! From October 2012-June’13, Heidi has appeared weekly at the new JZ Lounge with Zhu Haiming’s quartet. Other performance venues, past & present, include The Kitchen, Hilton Hongqiao, Brick, Wooden Box & JZ Club. Currently Heidi also works freelance, performing at a wide range of special events in Shanghai and throughout China.

Pranayam began playing music in the Philippines when he was 9 years old. His first interest was the guitar but soon discovered his talent lay in playing drums. Eight years ago Pranayam came to Shanghai with a group of Filipino musicians. Having worked with musicians from all over the world he has had the opportunity to perform in the Philippines, Shanghai, Beijing,and Hong Kong. Yam plays and performs all genres of music, but fusion jazz, standard jazz and salsa (Latin Music) are what he enjoys the most. To enhance his musical knowledge and drumming technique Pranayam takes a keen interest in listening to, and studying new music. Currently, Pranayam plays with Carlton J Smith’s band and Sparkly Fingers. He also freelances with various artists in and around Shanghai, at venues that include Fly, The Melting Pot, Luna, Brown Sugar, Park 97, Muse, Cotton Club, JZ club and others.

Ryan Baird began playing guitar around the age of 10, and composing at 13. After completing two years of the jazz curriculum at the University of Maine while still in high school, Ryan went on to study jazz performance and composition at the University of Southern Maine and the City College of New York. His teachers have included guitarists Pete McCann, Rez Abassi, Sean McGowan, and Bob Thompson. Ryan has performed throughout the United States with many projects including jazz quartet “Post No Bills”, “The Get Band”, and a trio under his own name. Since arriving in Shanghai, where he currently resides, Ryan has already performed at many festivals and concerts throughout China. He works full time as a producer and sound engineer at his own studio, “72 Studio” in Shanghai.

As a performer Nick is currently busy with iAmalam, an electroacoustic duo project with guitar/production maestro Ryan Baird. He also tours internationally with Shanghai-based jazz-rock-dub-electronica fusion band The Song Dynasty. He has been a part of the China scene for four years, playing at original music nights (Mao Livehouse/Yuyintang/JZ Jazz Festival), in addition to corporate work (bars, hotels, weddings, parties). Nick is also one of the coordinators of the ‘Open Goat’ mass improv/sound art projects.