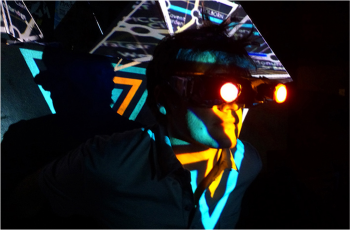 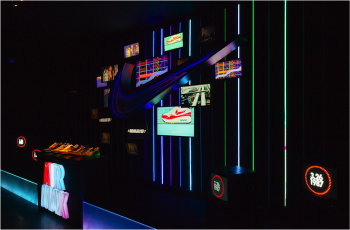 Matthieu graduated from one of top designing school in Paris Creapole ESDI with a master degree in visual communication in 2007. Straight after the completion of his degree, Matthieu passionately dived in to the art and the music world in France, Collaborating with several trend leading indie Music bands and performing with live projections.

Matthieu began his art adventure in China as a Graphic, Motion and UI Designer for Huawei Mobile eXperience Center, this was the first innovative attempt by Huawei trying to tap open the market for high-end smartphone, After the completion of the Emotion UI project at the end of 2012 Matthieu became to work as a full-time base visual system designer as well as a performer specialized in VJ .Thanks to an engineering and artistic background, Matthieu is continuously bring cutting edge technology and creative visual arts in China, lifting the world of visual system into a whole new dimension, creating new paths for all visual experiences.

By working closely with all kind of talented engineers, traditional artists, music producers and DJs, Matthieu was inspired both by the French and his surroundings of Chinese culture, which enabled him to developed a unique way to communicate with his audience, and yet, constantly seeking for new ideas and inspirations.

Matthieu believes with each given opportunities, always a chance to show case the beauty of art, he will customize a new visual systems for each performance to best channel the essence art to his audiences. With this fundamental belief his art work was quickly recognized and welcomed by the visual art world, Matthieu has been asked to join on stage for special performances with international artists and emerging local talents, contributing in the development of the Chinese cultural scene.

The unique trend and graphic signature of Matthieu’s work are well recognized and followed. Specialized in 3D Mapping, Simultaneously controlling up to 20 projectors at the same time on not only flat screen surface but shaped projection board, as well as Rear projection, LED Screens, LED strips and lines, TV Multiscreen, Mechanical architecture devices. Micro-electronic components are other examples of his working “tools”, including sensors, interactive and autonomous systems.