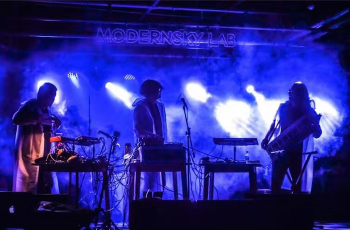 With his first release in January 2008 on Gossip Recordings, MRG has already made a name for himself in his short time he’s been in the House music scene. With support from DJs such as Treasure Fingers, Brian “Cheets” Cheetham and Hott 22, his tracks have been smashing dance floors since day one. He has been featured on radio programs including MRG Filter Sessions and Global Dance Sessions, blogs such as French Filter House Music and Funky House Music, and his hit track “Back to Earth” was used by Elle Germany in a video covering New York’s famous fashion week.
Thanks to his experience with piano and jazz, MRG is a DJ of various styles including Deep House, Techno, Disco, Funk, Latin, Jazz, R&B and Soul.
In 2012, MRG moved to China and has played at major events such as INTRO 2013 Electronic Music Festival and brand parties including Giorgio Armani, JOYCE, Vogue, Ray-Ban and Lenovo.
MRG received The Beijinger magazine “Outstanding DJ” award 2014.
Now with another artist name J.R.G., Mike is a member of Hielektromen electronic band playing keyboard and live dj. He adds his personal jazz, funk, soul flavor to the band and gives it a deep groove.
SHARE :