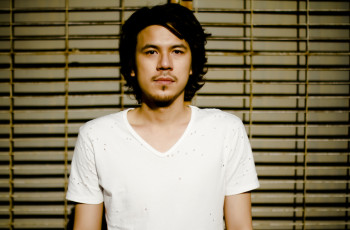 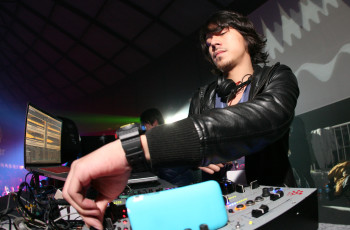 Hailing from Taipei, ELVIS.T started his career as a DJ back in 1998. He was the mastermind behind “VooDooBeatz” party series, which held the most popular techno events throughout Taiwan.
Since 2001, ELVIS.T has been producing electronic music and is recognized as a pioneer in electronic music production in China. His techno/minimal tracks reflect his exquisite style and deep understanding of different music genres, and present an experience of sound that leave listeners captivated, moved and inspired. It is no fluke that ELVIS.T’s original approach, crisp technique and focus on attention to subtle sonic details quickly escalated his reputation internationally, leading to the opportunity of performing with world-renowned DJs such as Josh Wink, Steve Bug, Robag Whrumer, Chris Liebing, M.A.N.D.Y., Joris Voorn, Richie Hawtin just to name a few.
In 2007, ELVIS.T moved to Beijing and quickly became one of the most sought-after DJ names in the Chinese electronic scene. His works has also been picked up by overseas labels including mothership (UK), Doppelgaenger (Germen), Torque (Japan), PLUS Records (Japan), Clubstream (Switzerland), ECI (Korea) and Asia Sound (Malaysia).
In March 2011, ELVIS.T’s long-awaited second album was released. And a remix version featuring world-renowned producers including Robag Wruhme, DJ Sodeyama, Shin Nishimura also just came out and Gabor’s remix was charted by Beatport techno top 100.
ELVIS.T was also titled “Best DJ in Beijing” in TimeOut Beijing magazine 2011 & 2012 Bar & Club Awards and was voted “Beijing-Based DJ of The Year” in City Weekend Readers’ Choice 2011, 2012 & 2013 Awards.
ELVIS.T has been invited to play at clubs and festivals all over the world. He has played at World DJ Festival in Seoul, c/o pop festival in Cologne, SONAR off in Barcelona and even closed the techno stage at SAMC 2009 in Buenos Aires, leaving his sonic footprints around the globe. In 2012, he played at CUBE XII Festival, Tresor Club and Artheater club in Germany, and more to come.
In 2013, his track “Holzig” under a new artist name “Technetium” reached No. 18 on Juno Download Techno Chart, and was also recommended by RA.
Thanks to his super attractive look and sonic power, ELVIS.T has always been a popular name in the music business. He has been invited to perform at corporate events for famous brands including Lamborghini, Volkswagen, Audi, Versace, Philip Lim 3.3, Calvin Klein, ABSOLUT, Ray-Ban, NIKE, Queelin, Mercedes-Benz, Smart, BMW, New Balance, GQ, COSMO, BAZZAR and many other brands and fashion events.