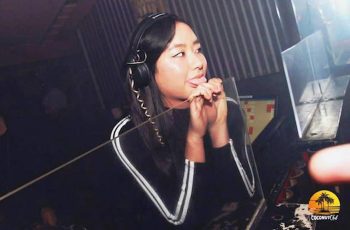 Originally from Australia, Amber has taken her talents across the Pacific from Hong Kong to Beijing, Shanghai and Tokyo.

She’s recently worked with photographer Christina Paik on her Hong Kong Meufs exhibition, spun for YohoGirl! and Adidas. Her curatory skills have also been used for Empire Shanghai, the W hotel and Central Studios. If you’re a Drake and Rihanna (Drihanna? Rake?) fan then prepare for Amber’s dedicated mix to the couple of the century.

“Amber is just one of our favourite DJs from Perth’s bubbling scene, joining our pals like Aslan, Gravy and DAWS in ensuring that the West Coast is poppin’ around the clock.”

“2017 will see Amber exploring into the deeper realms of Asia; China, Japan and Korea in particular to produce more works and music.”