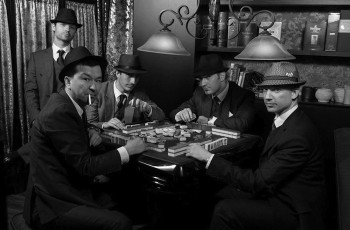 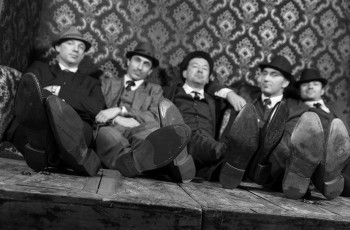 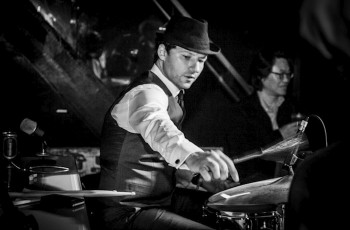 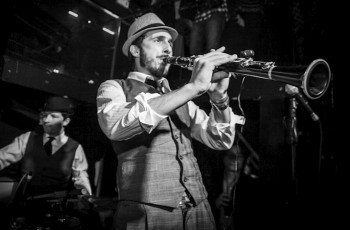 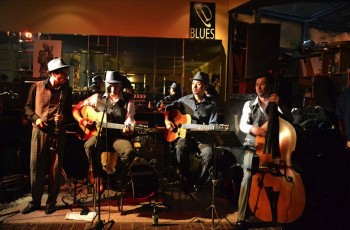 The HCOB is a truly multi-national ensemble carrying on the tradition of Django Reinhardt’s Hot Club of France in the 1930s and 1940s. The musicians of this diverse ensemble come from all over the globe including France, Greece, the United States and Xinjiang, China, adding their eclectic mix of international flavors to the gypsy jazz idiom. With such a diverse array of musical backgrounds and cultures, the HCOB offers a truly unique sound whether it’s hard swinging jazz, hot latin rhythms, fiery gypsy waltzes or elegant ballads.

– “It Don’t Mean a Thing If It Ain’t Got That Swing”, STYLE magazine

“Hot Club of Beijing, a five-piece ensemble specializing in wild Django Reinhardt-style gypsy jazz. Having now watched them play, I can safely say these guys happen to be the most talented group of expat musicians I’ve ever seen or heard, hands down! Seriously, all swing aficionados, take a knee.”

“Taking the stage, they let rip into a blend of chanson and swing. Tying complex melodies and frenetic rhythms in a miasma of finger-picked insanity, their jazzy style is unmistakably rooted in Paris rather than New Orleans, New York, or Chicago. Rhythm guitarist and vocalist Vince crooned in a lilting falsetto, while lead guitarist Doug traveled the fretboard of his guitar with a lightning fluidity; clarinet player Toni soloed complexly and effortlessly, all the while backed up by the never-faltering rhythm section of drummer Claudi and Pikar on upright bass. On and on they played, and I found myself picked up and thrown about by the excitable crowd. The scene was akin to a particularly rowdy Jewish wedding and there was nothing else left do but dance!”

Videos of HCOB:
* MV for SELF magazine “Midnight”