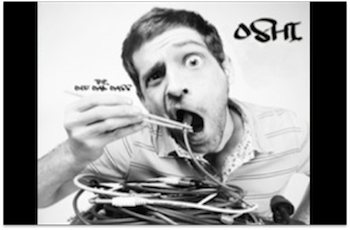 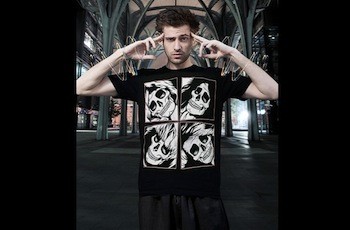 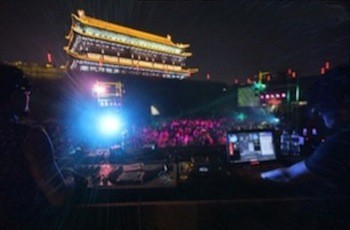 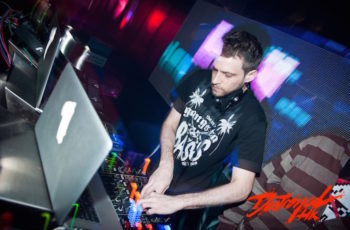 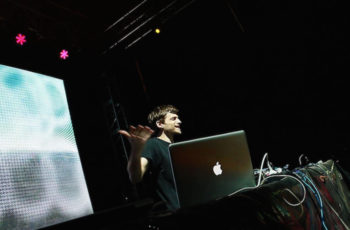 From the humble beginnings of a local DJ, through to headlining famous club nights and parties on either sides of the globe, Oshi’s musical career has been a rocky ride to the stars. His technical ability to pull sounds from the most unlikely range of genres, combined to provide audibly stunning tracks and remixes has given him somewhat of an impressive reputation in and out of industry circles.
Starting in 2000 as a DJ for the first independent radio station in his native France, Oshi’s skills as a turntablist and Electro Hip Hop producer forced him into the limelight. He was quickly given the opportunity to present his own Hip Hop show, gaining the respect of both his peers and his rivals. He went on to remix a number of songs for well known Hip Hop producers and Electro bands such as Sayag Jazz Machine (PIAS) and Gong Gong to name a few.
As a producer, Oshi has many advantages when it comes to DJing and with so many years spent invested in the music that he loves, OSHI’s skills allows him to use a unique method for creating originals sets for his audience. Simply through conversation, the emotion and passion he feels is evident and is reflected throughout his work. OSHI has been smashing dancefloors and never failing to deliver an unforgettable night ever since.
Spotting a market opening for his distinctive style, OSHI is now focusing on bringing a new electro vibe into the Asian scene by combining his production, remixes, bootlegs and turntablism skills in a hype mash-up of Electro, Gansta House, HipHop, techno and Dubstep. He is undoubtedly one of the hottest choice’s in Asia, providing the ultimate selection of latest and retro tracks for the club scene. By far he has played with many big acts when they are touring China including Mr. Carmack, DJ Krush, Sinjin Hawke & Zora Jones, Geotheory, Sinjin Hawke, Zora Jones, Quix, Xian & Gazia, A.fruit, Moresounds, etc.
“Oshi is a rare talent that can afford to play what people will only dare to play after tomorrow” Gong Gong.
He is the co-founder of the Beijing’s new finest dance night; ‘Beat Off’, and co-founder of the Street Kids Collective.
With his ability to push through the barriers of style and genre, OSHI will take you on an aural bass-driven journey from Dub Step through Electro, Ghetto House, Grime, Trap and more. You’ll experience exclusive edits and special remixes brought direct to you on the dance floor.