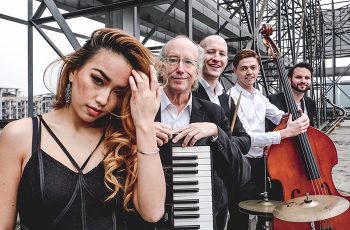 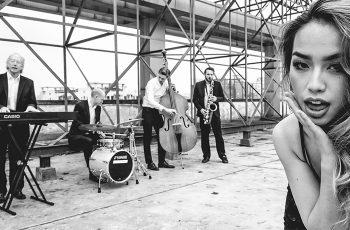 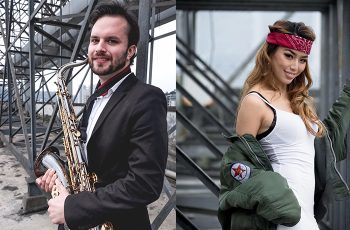 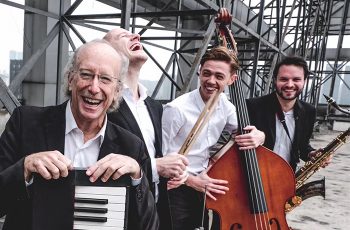 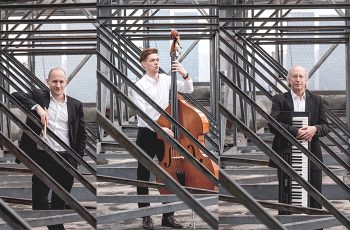 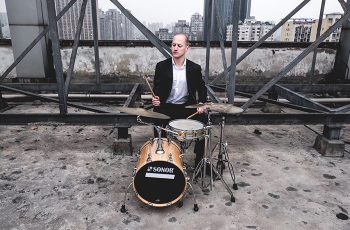 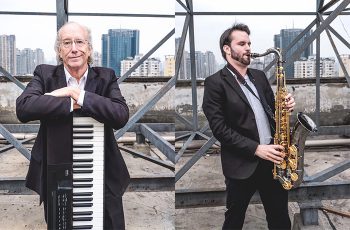 Nightshift is a pop, jazz, and soul band based in Chengdu that always make the event more exciting and classy. With band members living in Chengdu for quite a few years, the band has performed for countless corporate events, music festivals and private events.

From the young age of 2, Adai’s father brought audio tapes of beautifully soulful singers from Africa, which helped develop her natural feel from the world’s most ancient culture. In the 90s she started to be influenced greatly by R&B music and began to develop her unique and magnetic singing style. As a teenager she received the highest certification from the school of famous soprano singer Lü Xiao Qin. From the ages 18-19 she traveled to France, Belgium and The Netherlands while performing in each country, all the while writing her own original music. At the end of this year she’ll be releasing her debut album, which includes several different styles and shows off her unique singing style.

Studied drums starting at age 9, and at age 18, studied at Temple University with a concentration in Jazz. Taught drums for two years at Deluca Music Company in Hatboro, PA. He performed with a number of jazz groups in Philadelphia, including Chris’ Jazz Cafe, Ortleibs Jazzhaus,as well as many private venues. Before moving to Chengdu, he was based in Beijing as the drummer in the international original band Music Soulz, as well as in the Alternative Rock band Contraplans, where he also did background vocals. He performed in the largest live music venues throughout Beijing, including Mao Livehouse and Yugong Yishan.

Nelson’s interest in music became very apparent at the early age of 5 when he started picking out melodies from his favorite songs from theradio on his Casio keyboard. He began learning clarinet at age 9 and continued for 4 years but always looked over at the saxophone section in his school band with a bit of envy. He received his first saxophone at age 13 and his love affair with Jazz and Funk music began. Mostly self-taught, his only formal training has come from lessons with Philadelphia sax greats such as Frank Mazzeo and Ben Schachter. He’s been playing professionally in venues around Richmond and northern Virginia, and has held a residency in Chengdu Jiuyanqiao music clubs Blues Live House (巴鲁斯音乐酒吧) and 808 (YP). In addition to saxophone Nelson also plays keyboards, electric bass, and dabbles in music production.

Harrison Wardley has been involved in the Internaional music scene for over five years. Majoring in Jazz Double bass at the Monash Music Conservatory in Melbourne, he has gone onto accompany some of the biggest figures in the Australian and International Jazz scene. Playing and studying with the likes of Harry Angus (Aus), George Garzone (USA),  Don Borrows (AUS),  Aaron Goldberg (USA) and Paul Mcandless (USA). Since moving to Cheng Du in early 2016, Harrison has continued a busy performance schedule. Performing regularly in music venues around Cheng Du. Such as Machu Picchu, Shamrock and Sean’s Bar.

After graduating from university, he attended Berklee College of Music in Boston for 2 years, where he studied Jazz arranging, Music theory, and Performance. Since 1979 Mark has taken to the road and has performed all over the world, first with Top 40 Bands, then Jazz trios, Rhythm and Blues, Beach Music, Reggae, Hard Rock, Classic Rock, FM Rock and almost every variation of Pop Music until in 1985 here turn to his first love – the Acoustic Piano!  Worked as a Cocktail Pianist for Carnival Cruise Lines for almost 14 years. He brought with him upon his return to the Solo Piano a wealth of styles, experiences, approaches, and most important, a Repertoire rarely seen in a solo pianist. He has recently released his first CD, which is a culmination of over 30 years as a working musician.  In the last 3 years, he has played all over Chengdu, including weekly at The Bookworm and Niccolo Hotel, with bands, singers and as a solo pianist.