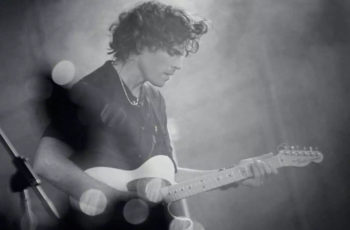 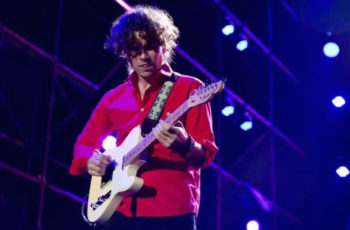 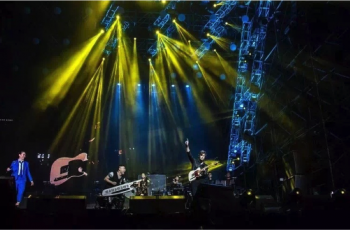 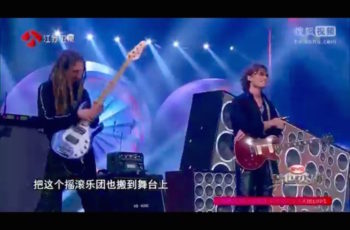 Growing up in a village that doesn’t figure on most maps, Gabriel was raised in a modest but eccentric family. He dabbled with various woodwinds and brass instruments in school until he picked up the guitar in his early teens. Like many young guitar players, he started playing rock until he saw a life-changing jazz clip on TV following the death of French pianist Michel Petrucciani. While attending school in science and engineering during the day, Gabriel studied guitar privately with various teachers, took theory lessons at Universite de Quebec a Montreal (UQAM) and spent lots of time sneaking into the Concordia University Music Faculty to audit classes, attend concerts or borrow recordings until he finally enrolled as a full-time music student. He graduated in Jazz Performance after studying three years with Gary Schwartz while gigging in the Montreal area as a leader or sideman with various local bands and artists including French Canadian singer/songwriter Pierre Harel (Corbeau).

Following an introspective two year exile in a small community in Northern Canada where he had been offered a music teaching position, he was admitted with a scholarship to the Master of Music (Jazz Performance) at the University of Toronto, a highly competitive program that generally admits only half a dozen music students a year throughout Canada. While living in Toronto, he studied privately with Geoff Young and Tim Ries (Rolling Stones) and played alongside some of the best upcoming Canadian jazz musicians. Constantly striving to improve as a performer, he loaded up his schedule by volunteering in as many large ensembles as possible, to develop reading and repertoire.

Since then, Gabriel has sailed the seven seas as an orchestra guitarist for Holland America Line & Seabourn cruise lines and has toured Asia playing in five-star hotels. After setting foot on every continent, he has developed an appreciation for exotic cultures and diverse musical genres. He has escaped from snake charmers in Sri Lanka and was just seconds away from being stranded in Norway. Whether it was by performing with a different entertainer every day or by playing the variety of styles to suit the different venues he had to play in, Gabriel became aware of the level of perfectionism and professionalism expected from different performing situations. Whether it is on a cruise ship or with a professional band in Las Vegas or Broadway, full-time employment as a musician requires to both live and work with bandmates full time, so co-operation and teamwork are mandatory. Gabriel spent most of his free time obsessively practicing; thereby gaining a reputation for being a solid, dependable player. He has been praised by his bandleaders for his musicianship, stylistic versatility, stage presence, discipline and work ethic. And as an added bonus, after living on the high seas, he is also qualified to handle emergency nautical situations.

In November 2015 after playing at Qishan Huang’s (黄绮珊) concert in Beijing, Gabriel decided to stay in China for a bit longer. Thanks to invitations from star musicians like Tia Ray (袁娅维), Zhang Mi (张咪), Siqin Gerile (斯琴格日乐) and so on, his schedule is way too full for him to think about leaving.

“Only You” Concert of Qishan Huang